About our Drug Detox Program

Mountainview Recovery offers a professional and safe detox program that is designed to address your needs. Your detox length will rely on the drug(s) you are detoxing from. Your detox will just utilize drugs demonstrated to protect you during detox. Your PCP will likewise survey your clinical history and any hypersensitivities you may need to prevent complications.

What Is Drug Detox?

Detoxification, or detox, is the way toward allowing the body to eliminate the medications in it. The motivation behind detox is to securely oversee withdrawal manifestations when somebody quits consuming medications or liquor. Everybody has an alternate reaction in detox. The kind of medication and how long it was utilized influence what detox will resemble.

It can require days or months to overcome withdrawal manifestations for most medications. The length of withdrawal relies upon various components, including: 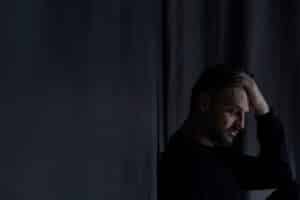 Can I detox At Home?

Choosing to detox at home can be deadly. Quitting “cold turkey” or without medical supervision can lead to serious issues such as seizures and severe dehydration. The inpatient drug detox program offered at Mountainview Recovery helps prevent dangerous complications. People with severe addictions should seek an inpatient detox because withdrawal can be fatal. This is why the drug detox program at Mountainview Recovery is an inpatient detox that includes 24-hour support and monitoring.

The Process of Drug Detox

The Side Effects of Drug Detox

The process of drug detox can be painful and dangerous. This is why medical detox is so important. Detox with medical supervision allows patients to detox in a safe and comfortable environment. The extent of supervision is different in inpatient and outpatient rehab.

Although medical detox limits the symptoms of withdrawal, some are unavoidable. Some of the most common side effects may include:

Cocaine withdrawal, for instance, is psychological. Detox involves managing initial cravings and anxiety. But alcohol withdrawal includes physical symptoms that can cause seizures or death in some cases.

Drugs that are most dangerous to detox from, and often require medication, include alcohol and benzodiazepines. The drugs that are considered the most uncomfortable to detox from are opioids, especially heroin.

Detox is just the first part of addiction treatment. Detox on its own is usually insufficient for a successful recovery. Addicted people need to treat the psychological part of their addiction. They can accomplish this with counseling, support groups or an inpatient rehab program. An addiction provider will help you transition into your new treatment plan.

Diane Petty
16:27 01 Mar 21
Today, our son has been sober for a year. We are so proud of his progress and are very thankful that we chose the staff... at Mountainview as his recovery team. Thanks to each of you for giving him the support, insight and compassion that helped guide him in the right direction. You gave him what he needed to help himself and his family be happier and stronger.read more

Mandy Brown
10:10 22 Feb 21
I transferred to Mountainview Recovery after a month of rehab at a different treatment center. I found that the two... centers were very different in their approach to recovery, as well as how the staff treated me as a client. From my very first day, I was treated like family at Mountainview. Through daily classes and psychotherapy, I gained the knowledge that I needed to maintain my sobriety. I came to understand why I had an addiction & eventually found the strength that I needed to return to my normal life without relying on a substance to escape. The house is beautiful & managed by staff that go out of their way to make you feel comfortable. Food was provided with weekly gift cards so we could eat what we wanted. Most of us made meals together. We had meetings by the fire pit & went on weekly hikes. I am so thankful for the lifelong connections & friendships that I made at MVR.I am stronger & happier now than I have been in decades. I wake up each morning with purpose & a sense of hope. I give Mountainview so much credit for my recovery. I could have never done this on my own.read more

Ryan M
18:39 10 Feb 21
I’ve had the pleasure of working with and referring to Mountainview Recovery since their program opened. They have a... skilled and dedicated staff who work diligently to provide quality care to their clients. I definitely recommend this program for those struggling with and wishing to recover from substance use disorder.read more

Tom GENTRY
00:40 21 Jan 21
This is an excellent program for anyone who struggles with the disease of addiction. The staff are nothing short of... awesome. You will have group therapy, one on one sessions and other treatment options such as yoga, acupuncture and animal therapy.The staff at MV are friendly, openly caring about your well being and addressing your physical, mental and emotional health. There are daily opportunities to interact with on site medical services. The therapists are among the best in the country.The residential and clinical facilities are clean and well maintained with amenities such as walk in shower and a huge kitchen den combination with big screen TV's.Staff are experienced and on site 24/7 to assist in any manner that you need. I speak from experience as I am an alumni of this program and still maintain a relationship with them to this day.I can honestly say that this is the best treatment option available to help you move past your addiction and move on with your life in a healthy and productive manner.Thank you to the owners and staff....you folks changed my life in a huge way.read more

Joshua Shelton
16:06 16 Jan 21
I highly recommend Mountainview recovery for the addict that still suffers. These folks saved my brother’s life! They... took him in with no doubts and helped turn him into the participating member of society he is today. I love this place and will ALWAYS do what I can to help..read more

Crystal Lancaster
21:56 14 Jan 21
I am so blessed in so many different ways to share an experience of hope, wellness and dedication to a healthy and... happy lifestyle thru Mountainview Recovery. The support and compassion given to those looking for peace and a better way of life is above and beyond. I'm thankful I've been given the opportunity to grow along a dedicated staff, that is constantly focused on providing the best care they can. If your looking for guidance and support in overcoming the trauma and pains of addiction this is a place for just that. The opposite of addiction is connection and Mountainview wants to provide the connections to help establish a life without the use of drugs. It is possible to recover and this is a place to start.read more

Freda Woody
15:50 30 Oct 20
I am a new employee of Mountainview Recovery. I am amazed every day at the changes that I see in the clients during... their recovery. This is the first job that I have had in over 20 years that I do not dread coming into work! I even frequently come in early! The staff are very supportive of the clients AND each other. I think the spiritual aspect of the program is what has made a difference in the clients who have not been successful in other programs. If someone that you know is in need of turning their life around....this is THE PLACE that you want them to experience!!read more
Next Reviews